“Why I Don’t Have a Mobile Phone.”

“Why I Don’t Have a Mobile Phone.”

Tell us more about yourself – age, where you live, what you do*
55 years old; Santa Cruz, CA; Teacher, Writer, Researcher, Building Biology Certified Electromagnetic Radiation Specialist

I became deathly ill in 2005 with what you in the UK call Myalgic Encephalomyelitis (M.E.) and is called CFS or Chronic Fatigue Syndrome (CFS). I was, however, in Japan at the time, and they diagnosed me with what they call “Autonomic Nervous System Disorder.” I was suffering from sleep disturbances, insomnia, heart palpitations, heart pain, nausea, intestinal disturbances, extreme thirst, increased allergies, brain fog, memory problems, anxiety attacks, night sweats, rapid weight loss, swollen and painful lymph nodes, etc. It took me six months of a rapidly worsening condition to finally figure out that the main causal factor were EMFs (esp. RF EMFs) being emitted by the several mobile phone masts within close vicinity to my apartment. The first thing I did when I realized that it was the EMFs making me sick was get rid of my mobile phone. I had pain in the two places I had kept it: 1. in my groin, as I had kept it in the right pocket of my slacks and 2. in my heart, as I had kept it in my suit pocket next to my heart. (It took about two years for this pain to finally go away.) I have researched this issue for approximately 12 years now and I can tell you that all this electromagnetic radiation in our environments is the main culprit behind the increases in background levels of ill health as well as the disappearance of insects, amphibians, and birds. People get sick when a mobile phone mast is placed nearby their house, school, or work. I do not want to contribute to that by paying the wireless industry my money. Hence, I refuse to be part of this insane stupidity. We can get by not only perfectly fine without having these toys, but also have a higher quality life. Human beings lived on this planet for six million years without these devices and we got along perfectly fine. 20 years ago in 1997, only one percent of Americans had a mobile phone. Now, everyone thinks they cannot live without it. It is the bane of the 21st Century.

It is fantastic not having a phone. I see everyone everywhere totally obsessed with their phones unable to put them down for even a few minutes without having some kind of anxiety attack. I do not want to ever be like that. 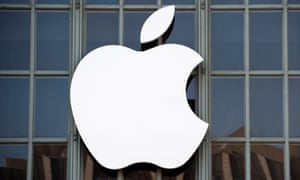 While some eagerly await the new Apple iPhone, others may be less enthused. Photograph: Josh Edelson/AFP/Getty Images

Apple will launch the iPhone 8 on Tuesday. The new phone is set to be a radical change for the company as it celebrates the device’s 10th anniversary.

While for some, this will be a day that they have eagerly awaited, others may be less enthused. And there may be a few who don’t have a smartphone or even a mobile altogether.

We want to hear from those who don’t use mobile phones, or keeps the use of them to a limited amount. Why have you decided to do this? How has it changed your life? Has it made it easier to sleep? Do you miss key events? Are you considering getting a smartphone ever? Share your views.